The summer marlin tournaments have started and the bite for them has been good but by no means could it be called a hot bite. That's in part because of the current speed and direction as I mentioned in last months report. It still hasn't formed up very well but when it does, the bite will get good. Most of the marlin that are being caught right now are only about 150 lbs. with very few of the bigger females around. Last weekend was a 2 day tournament and a "keeper" had to be 400+ lbs. A bunch of small ones were tagged and released and only one keeper was brought in to the scales and it barely made the cut off weight. There's tournaments this weekend and the next weekend also but the one that is the real prize for Kona is the World Cup on the 4th of July. A world wide marlin tournament that Kona usually wins. The cut off for that is 500 lbs. but the way things are going right now, it doesn't look like Kona will get it this year. I hope I'm wrong.

The "blind strike" ahi tuna bite starts in May and got off to a slow start but it's been picking up. There was also an otaru tuna bite happening at the beginning of the month but I haven't seen any in the past couple of weeks. The bite on those picks up as the summer moves forward. There's basically no mahi mahi around and it's not quite the end of their season. The spearfish bite remains slower that it has for the past few years but the good ono bite is making up for it. The last 2 summers, the ono came in early but by the end of June, the bite pretty much disappeared. This summer has been a lot better and looks like it will (fingers crossed) continue.

The wacky current and some high winds has made the bottom fishing almost impossible. When conditions were good this month, so was the bite but only for sharks. The most common shark I catch is called a sandbar shark and they average 50 to 150 lbs. They fight real hard at the first part of the fight and again when they get near the boat. I'm fishing about 450 feet down so by the time they're near the boat, the anglers are usually tired. Those sharks try everything they can to stay away from the boat and that really puts the anglers to the test. Good fun along with a well deserved sense of accomplishment.

See 'ya on the water,
Capt. Jeff Rogers,
http://FISHinKONA.com 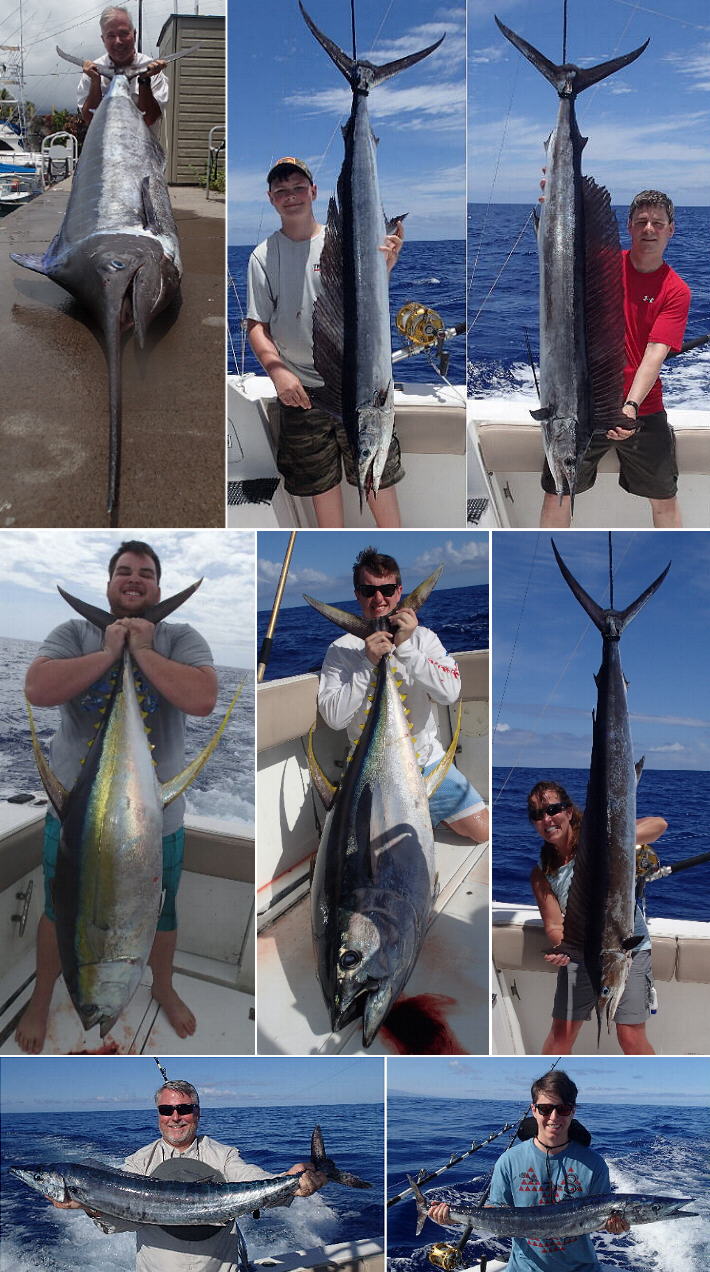